The following are some of the most commonly used composition methods in portrait photography. Their principles are simple and flexible.

Connect the three equal points on the four sides. The four points intersected are the golden section points. These four lines are the golden division lines.

“Golden mean” is a kind of geometry formula invented by the ancient Greeks, follow the rules of the composition form is considered to be “harmony”, enjoying an image work when the meaning of this rule is to provide a reasonable integral geometry line, for many painters, artists, “golden mean” is that they must grasp in the creation of the current guidelines,  Photographers are no exception.

Scratchable latex composition is actually a simplified version of the “golden mean”, also known as the rule of thirds composition, we can often see in the camera’s built-in reference line, the rule of thirds composition can be divided into vertical and horizontal trichotomy of two, when a portrait, will the picture average is divided into three equal horizontals, vertical, can be placed on each line characters the main trunk,  The character is placed in one of its four intersection points, which highlights the character subject more clearly.

This composition allows the picture to form a sense of hierarchy and depth.  Increased visual effects and artistic rendering power.

Guiding line composition is to broaden the depth of the picture and guide viewers’ eyes with the help of existing lines in the picture as guiding lines.

Mirror composition according to the literal meaning of understanding, is to find a mirror, take the picture of the character in the mirror, but in a group of photos, take two or three, it is not recommended to take too many, mainly for the role of ornament. 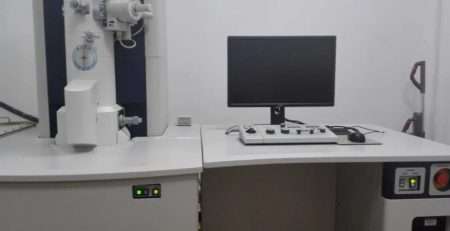 How to choose binoculars for astronomy?

Binoculars are in some ways more effective than telescopes when looking at the night sky.  They... read more

Use a 35mm lens for portrait shots

How to Shoot great videos with a selfie stick？

Behind the photo craze and selfie phenomenon, you'll find a smart and simple device worth... read more

Improve your camera skills: 3 tips for using an 85mm lens

The 85mm lens may not be as versatile as the 50mm for portrait shots, but... read more

If you have the right equipment, exploring the stars is a fun way to spend... read more

An astronomical telescope is a precision instrument, and its service life is directly affected by... read more

If you're a professional binoculars photographer, you're in a good position to avoid common mistakes... read more

Telephoto lens, which refers to the equivalent 135 full-frame camera focal length of more than... read more

Do you understand the various uses of a telescope?

The telescope collects light from an object and sends it along its focal plane to... read more

Application of convex lens in life